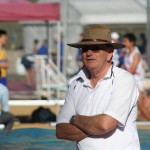 I am married with one daughter, live at Rushcutters Bay and for the past 10 years have been a full time athletics coach after a 35 year career in journalism. I have a squad of 20 regular athletes and 16 semi regular athletes ranging in age from 13 to 58 and covering most disciplines.  I am head coach at Loreto Kirribilli and sprints coach at St Aloysius and St Pius Colleges. I am a past president of UTS Northern Suburbs Athletic Club, NSW’s largest and most successful club, of which I am a life member. I am also an Athletics NSW Merit Award recipient.

How I became involved 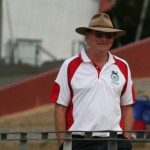 My daughter’s Little Athletics Club (Northern Suburbs) invited me on an Orientation to Coaching Course in 1993 and I was hooked. I did a Level 1 course in sprints and hurdles the following year. UTS Norths coach Alan Nolan approached me, told me he’d been watching me and thought I had the makings of a good coach. If I liked I could train with his squad and he would teach me everything he could. I trained with Alan’s squad for five years gradually building up my own squad and going on to do my Level 2 (now Level 4) course. 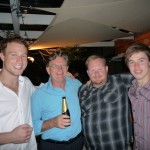 The most enjoyable aspect of my previous career, journalism, was helping young journalists develop and watching and mentoring them as their careers developed.

I get the same thrill out of athletics coaching. Also I come from a family steeped in horse racing tradition and it is a great buzz to work with a young athlete through the winter and then watch them take everybody by surprise the next summer.

I have also found I really enjoy working with Masters athletes. Their dedication to their sport is unbelievable and they treat every race as if it is their last (and it very well could be!) They are a great balance to the squad and also great role models to the younger athletes.

Annie Cahill (u/20 400m hurdles) and Marissa Ward (u/14 triple jump) both wining gold medals at the 2001 Australian All Schools in Hobart. 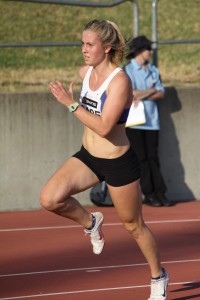 Liz Jenkins wining the u/20 100m 200m and 400m at the 2005 Australian All Schools and her subsequent selection in the World Juniors team. 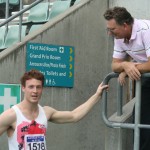 Robbie Baskin and Greg Jeloudev’s selection for the NSWIS development tour to Beijing in 2008.

Jackie Bezuidenhout winning gold in the 45+ years 100m and 200m at the World Masters Champs in Brazil in 2013.

John Farrow’s selection to represent Australia in the 2011 Skeleton World Championships and the 2014 Olympic Games in which he finished 17th.

Five members of the Ron squad winning seven gold medals at the 2012 Australian All Schools Championships.

Ashley McMahon winning silver medals and setting Australian records in the 40+ years 100m and 200m at the 2016 World Masters Championships, as well as running a wind assisted 10.67s for the 100m at the age of 41 years.

Nicolette Donofrio winning one gold, a silver and two bronze medals at the 2017 national championships. 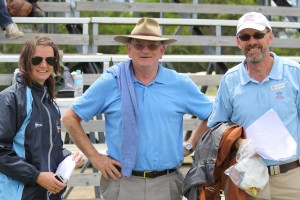