Speed is king – and queen 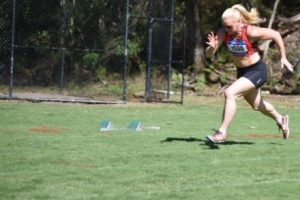 Ron Bendall squad sprinters were close to their personal bests despite running on grass in Saturday’s Northern Zone competition at Rotary Field on Saturday.

In the men’s 40+ years 60m, squad members completed the trifecta with Ashley McMahon winning from David Turner and Caerl Murray.

Kai Zhe Tan won both the under 12 years boys 60m and 200m. He also took out the high jump and triple jump.

Janet Naylon was third in the women’s 50+ years 60m as well as second in the shot put..

David Turner was second in the men’s 40+ years shot put.