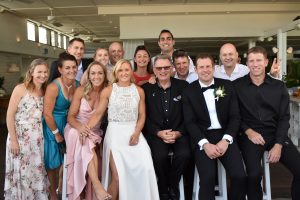 Past and present members of the Ron Bendall squad celebrated the wedding of Monique Perry and Ashley McMahon at Manly on Friday.

Ashley is the longest serving member of the squad, having joined in 2003.