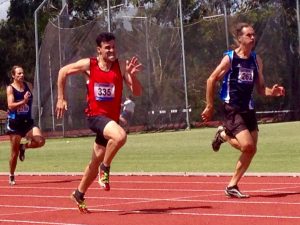 The 60m proved a happy hunting ground for Ron Bendall squad sprinters at Bankstown on Saturday with a club record and three personal best times.

Perry was also close to the club 200m record when running second in her heat of the open 200m in windy conditions.