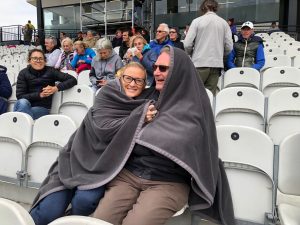 Monique Perry won the short sprint double when she took out the women’s 40+ years 60m on Day 2 of the Australian Masters championships in Melbourne.

Jo Davis finished fourth behind her in her second personal best time of the championships.

Maria Cimino also was in PB form, throwing a PB to take silver in the women’s 45+ years hammer throw.

Ashley McMahon won gold, taking out the men’s 40+ years 60m and later in the day took the bronze medal in the 400m.

Alice Bohdan added to her medal tally with a silver in the women’s 45+ years high jump and a bronze in the 80m hurdles..