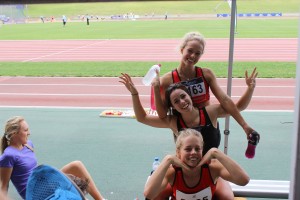 Katrina Hunt and Bella O’Grady finished first and second in the u/20 years women’s 60m State Championship at Wollongong on Saturday evening.

And their training partner Matt Dowsett finished second in the men’s u/20 championship.

In the program’s supporting events: